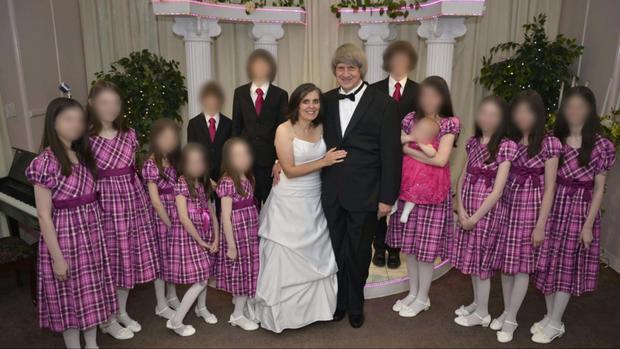 Couple charged with locking up their 13 children in Calif. home

Police in California say they rescued 13 siblings, aged 2 to 29, from a home where they were found chained to beds and malnourished, the Riverside County Sheriff’s Department announced Monday. The victims’ parents were arrested and taken to county jail on torture and child endangerment charges.

A 17-year-old girl escaped the residence in Perris, California, on Sunday and called 911 from a cellphone she found in the home, police said. When officers located her, she appeared to be slightly emaciated. The teen claimed her siblings were being held captive by her mother and father.

Police said they discovered “children shackled to their beds with chains and padlocks in dark and foul-smelling surroundings” and said their parents could not explain why the children were restrained.

Deputies found 12 individuals inside the home, all of whom appeared to be children. The sheriff’s department said deputies were shocked to learn that seven of the victims were adults between the ages of 18 and 29.

David Turpin, 56, and Louise Turpin, 49, were arrested at the scene and each charged with nine counts of torture and 10 counts of child endangerment. They were each being held on $9 million bail.