VALENCIA, Venezuela — Venezuela’s chief prosecutor reported late Wednesday that 68 people died in a fire that swept through the cell area inside a police station, which townspeople said followed a disturbance by detainees being held there. 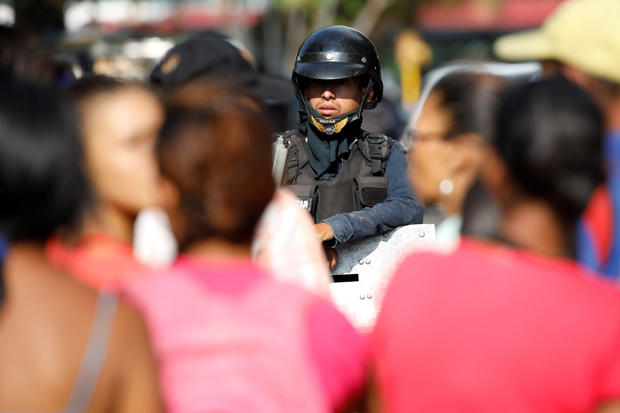 Attorney General Tarek William Saab said on his official Twitter account that nearly all the dead were prisoners. He said two women who were staying overnight at the station were also killed, but didn’t provide any further details.

Saab said four prosecutors had been named to determine what happened at the state police headquarters in Valencia, a town in Carabobo state about 100 miles west of Caracas.

It was one of the worst jail disasters in a country where human rights groups complain about bad prison conditions. A fire at a prison in the western state of Zulia killed more than 100 inmates in 1994.

Local authorities in Valencia had confirmed earlier only that there were fatalities, and said they were working to determine an exact number. They said they were not providing any estimates “out of respect for the families.”

Angry relatives who gathered outside the station said dozens of detainees had been kept in squalid conditions at the station and expressed fear that their loved ones were dead.

Dozens of men and women demanding to know if their loved ones had survived clashed with police officers in riot gear. Police used tear gas to disperse the crowd.

“I don’t know if my son is dead or alive!” cried Aida Parra, who said she last saw her son a day before, when she went to deliver him food. “They haven’t told me anything.”

A Window to Freedom, a nonprofit group that monitors conditions at Venezuela’s jails, said preliminary but unconfirmed information indicated the riot began when an armed detainee shot an officer in the leg. Shortly after that a fire broke out, with flames growing quickly as the blaze spread to mattresses in the cells, it said. Rescuers apparently had to break a hole through a wall to free some of the prisoners inside.

Photos shared by the group showed prisoners being taken out on stretchers, their limbs frozen in awkward positions as skin peeled off.

A Window to Freedom’s director, Carlos Nieto Palma, said officials should be held accountable for failing to address deteriorating conditions in police station jails. The group said overcrowding has become common throughout the country as detainees are kept long past customary brief holding periods before being sent to other larger jails before trial or freed.

“It’s grave and alarming,” Nieto Palma said. “What happened today in Carabobo is a sign of that.” 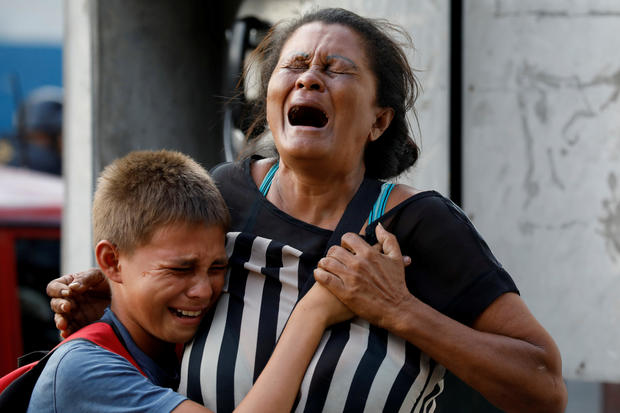 Outside the police station, some relatives buried their hands in their faces as tears streamed down their cheeks. Others had to be held up with the support of friends and family as they collapsed in despair. Still others wept quietly and clutched their hands in prayer.

Nearby, National Guard troops wearing bullet-proof vests and carrying rifles across their backs walked in and out of the station. Fire trucks and ambulances stood outside, and unused stretchers leaned against a wall.

Opposition lawmaker Juan Miguel Matheus demanded that the pro-government leader of Carabobo state inform relatives about what had happened.

“The desperation of relatives should not be played with,” he said.

Clashes between prisoners and guards are not uncommon in Venezuela. Inmates are frequently able to obtain weapons and drugs with the help of corrupt guards and heavily armed groups control cellblock fiefdoms.

The Reuters news agency observes that, “Many Venezuelan prisons are lawless and have been for decades. Prisoners often openly wield machine guns and grenades, use drugs and leave guards powerless.”

Reuters quotes a local prison rights activist, Humberto Prado as saying, “There are people who are inside those dungeons … and the authorities do not know they exist because they do not dare to enter.”

© 2018 CBS Interactive Inc. All Rights Reserved. This material may not be published, broadcast, rewritten, or redistributed. The Associated Press contributed to this report.