As we all know, Melania also refuses to hold hands with her husband in public. She has been caught several times swatting his hand away with a look of pure repulsion on his face. Here is one of the most memorable hands swats below:

Melania Trump always seems miserable. The happiest she ever looked was sitting beside former President Barack Obama at the funeral for former First Lady Barbara Bush. Even Michael Wolff‘s book Fire & Fury claims their marriage is deeply dysfunctional and the two barely talk. According to Wolff, everyone around Donald Trump found their marriage “perplexing.” In  addition, Wolff claimed the president openly refers to her as his “trophy” wife.

Well, The Washington Post has an explanation for Melania refusing to hold hands — she is European. According to Stephanie Winston Wolkoff, a friend of Melania’s, “They are not that couple that holds hands just because; she is old-world European and it’s not who she is.” Old-world European? How would that dictate her behavior? Is Melania, a former fashion model who posed nude several times, some type of Victorian prude? Sounds like another excuse to explain their bizarre marriage. However, the answer could actually be is that she knows her husband is a serial cheater who admitted to grabbing vaginas without consent and (allegedly) had a sexual relationship with Stormy Daniels and a Playboy playmate. This “arrangement” may not be as profitable as Melania had hoped.

Let us not forget this “old-world European” moment below:

That said, let’s take a look back at when there was intimacy at the White House. 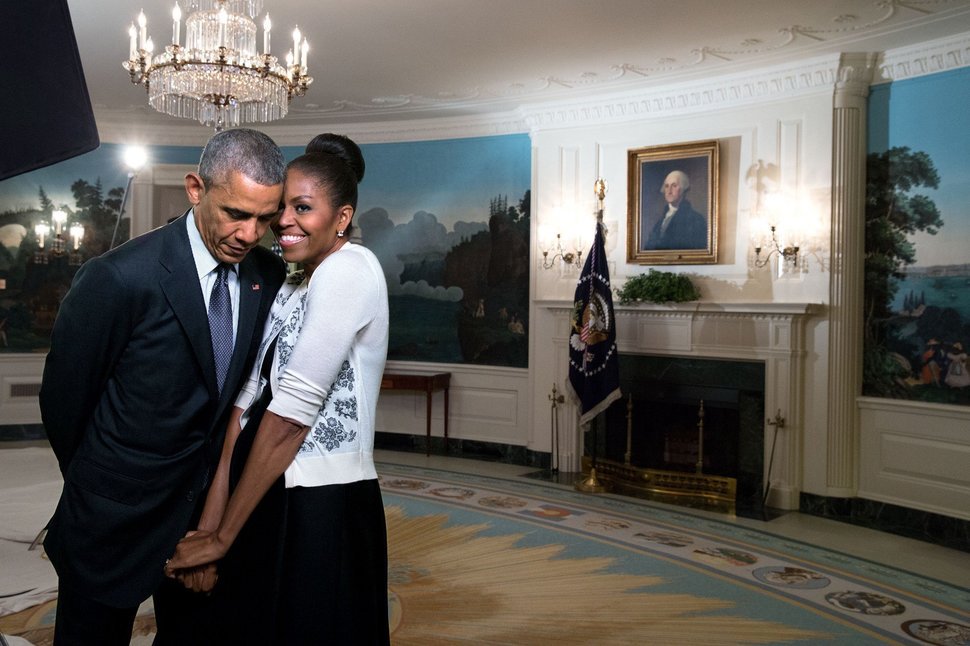