The humanitarian crisis at the border has grown increasingly violent as Black people become an even bigger target for immigration enforcement.

While the inhumane treatment surrounding immigration in the U.S. has been laser focused on people of Latino and Hispanic heritage, the renewed enforcement of the Trump administration’s nationalist agenda has been having a horrific and violent effect on Black immigrants, too. And it could be getting worse. 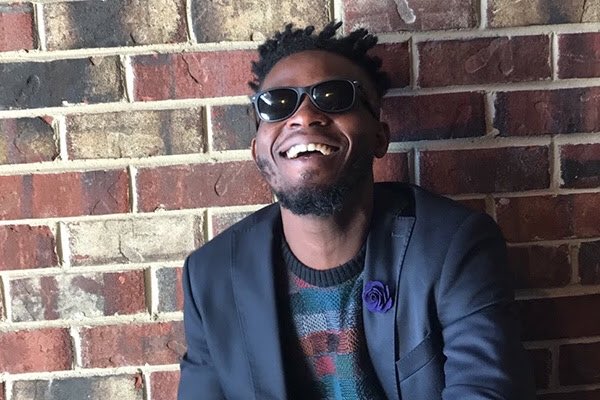 An adult African immigrant who arrived in the U.S. when he was just 12 was beaten with sticks on Thursday night by Immigration and Customs Enforcement (ICE) “for resisting deportation” at JFK Airport in New York City, according to a press release from an advocacy group for undocumented Black people in America. Prince Gbohoutou, who is “an artist, a community member in Prince George’s County (MD) and is married to a U.S. Citizen,” was reportedly told he was being sent back to his native Central African Republic just weeks after being temporarily detained during a routine check-in with ICE.

“ICE’s attack on Prince last night at JFK falls in line with this country’s history of brutality against Black bodies for lack of compliance – weather perceived or real,” Jonathan Jayes-Green, Director of the UndocuBlack Network, wrote in an email Friday night. “It should never be normalized and we must call it out.”

The reported violence against Gbohoutou mirrors other allegations of abuse and human rights violations at various border sites and travel ports across the U.S., highlighting the growing intensity behind an all-out humanitarian crisis that has increasingly included Black people.

“Growing communities of African refugees and immigrants at the border were seeing increased Immigration and Customs Enforcement presence and vapid displays of white supremacy and even instances of hate violence,” according to a recent report from the Black Alliance for Just Immigration (BAJI).

Those instances of violence aren’t only restricted to adults, either. Not only have children of undocumented immigrants been separated from their families at the direction of Attorney General Jeff Sessions, many have also been “beaten, threatened with sexual violence and repeatedly assaulted while in custody,” according to Newsweek.

“What has been happening over the last 10, 15 years is like, there’s been a shift in who’s crossing the border,” Benjamin N’dugga-Kabuye, Black Alliance for Just Immigration research and advocacy manager, told the Final Call this month. “Typically, we think of the U.S. southern border as crossed by predominately Mexican immigrants and usually that’s been the case for decades.”

There has especially been a surge of Black people traveling from other nations to Mexico in order to seek entry into the U.S.

“People from the Caribbean make up the largest share of migrants entering the border Outside of Central Americans and Mexican migrants,” according to BAJI’s report. “Nearly 7,000 Haitian immigrants are now residing in several border towns in Mexico.”

About 600,000 of the 11 million undocumented immigrants in the U.S. were Black, according to the most recent statistics by the Migration Policy Institute. That was a close second to the nation’s nearly 800,000 undocumented Latino immigrants.

The above statistics coupled with the reported violence against Gbohoutou suggest Black immigrants could be facing a worse fate than their non-Black counterparts — all for attempting to seek asylum in a nation that ironically was “founded” based on thievery by white colonizers who, like now, sought to rid the country of anyone who didn’t look like them.

What The Renewed Border Enforcement Means For Black Immigrants