– “Unfortunately, many of these orders were canceled when it was discovered that Morgan was Black. Apparently, many people would rather face danger and possibly death than rely on a lifesaving device created by a Black man.”

Garret Morgan was a rare type of person who just kept giving to the world! Even after he became very wealthy from his gas mask invention he still found time for more world changing devices!

Morgan was born on 4th March 1877 in Paris Kentucky. At just 14 he headed off to Ohio to pursue a better education where he moved onto Cincinnati and then to Cleveland, he was working as a handyman to make ends meet. 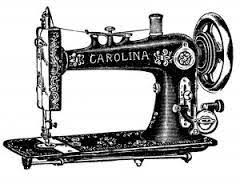 The sewing machine led to his first invention, which strangely isn’t directly related! He saw that the friction from the needle on the machine would slightly burn the thread as it moved so fast. He wanted to create a fluid that would reduce that friction.

One day he wiped his hands of this fluid he was developing onto a pony-fur cloth. He noticed the hair stood upright! Interested he applied the fluid to the neigbors Airedale dog! They didn’t even recognise their dear pet with it’s straightened hair and chased it off! He tested the fluid on his own hair and after personal satisfaction he had invented the first hair straightener for people. G. A. Morgan Hair Refining Cream, sold by his G. A. Morgan Refining Company became very successful! The story of his next big invention is extraordinary! He invented the gas mask! As Biography.com wrote:

“In 1912, Morgan developed another invention, much different from his hair straightener. Morgan called it a Safety Hood and patented it as a Breathing Device, but the world came to know it as a Gas Mask. The Safety Hood consisted of a hood worn over the head of a person from which emanated a tube which reached near the ground and allowed in clean air. The bottom of the tube was lined with a sponge type material that would help to filter the incoming air. Another tube existed which allowed the user to exhale air out of the device. Morgan intended the device to be used “to provide a portable attachment which will enable a fireman to enter a house filled with thick suffocating gases and smoke and to breathe freely for some time therein, and thereby enable him to perform his duties of saving life and valuables without danger to himself from suffocation. The device is also efficient and useful for protection to engineers, chemists and working men who are obliged to breathe noxious fumes or dust derived from the materials in which they are obliged to work.”

The National Safety Device Company, with Morgan as its General Manager was set up to manufacture and sell the device and it was demonstrated at various exhibitions across the country. At the Second International Exposition of Safety and Sanitation, the device won first prize and Morgan was award a gold medal. While demonstrations were good for sales, the true test of the product would come only under real life circumstances.

That opportunity arose on July 24, 1916 when an explosion occurred in a tunnel being dug under Lake Erie by the Cleveland Water Works. The tunnel quickly filled with smoke, dust and poisonous gases and trapped 32 workers underground. They were feared lost because no means of safely entering and rescuing them was known. Fortunately someone at the scene remembered about Morgan’s invention and ran to call him at his home where he was relaxing. Garrett and his brother Frank quickly arrived at the scene, donned the Safety Hood and entered the tunnel. After a heart wrenching delay, Garrett appeared from the tunnel carrying a survivor on his back as did his brother seconds later. The crowd erupted in a staggering applause and Garrett and Frank reentered the tunnel, this time joined by two other men. While they were unable to save all of the workers, the were able to rescue many who would otherwise have certainly died. Reaction to Morgan’s device and his heroism quickly spread across the city and the country as newspapers picked up on the story. Morgan received a gold medal from a Cleveland citizens group as well as a medal from the International Association of Fire Engineers, which also made him an honorary member.

Soon, orders came in from fire and police departments across the country. Unfortunately, many of these orders were canceled when it was discovered that Morgan was Black. Apparently, many people would rather face danger and possibly death than rely on a lifesaving device created by a Black man. Nonetheless, with the outbreak of World War I and the use of poisonous gases therein, Morgan’s Safety Hood, now known as the Gas Mask was utilized by the United States Army and saved the lives of thousands of soldiers.” Source: Biography.com.

The success of the gas mask did not stop him! Next up he developed an automatic traffic signal for directing the flow of traffic. This sold to General Electric for $40,000.00, became standard nationwide and the basis of the modern traffic light. 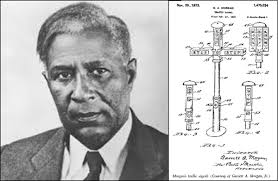 In the years after this success he started the Cleveland Call newspaper, which became The Call & Post. He was the treasurer of the Cleveland Association of Colored Men, this eventually merged with the National Association for the Advancement of Colored People (NAACP). This was amongst many other endeavors!

What an amazing legacy!