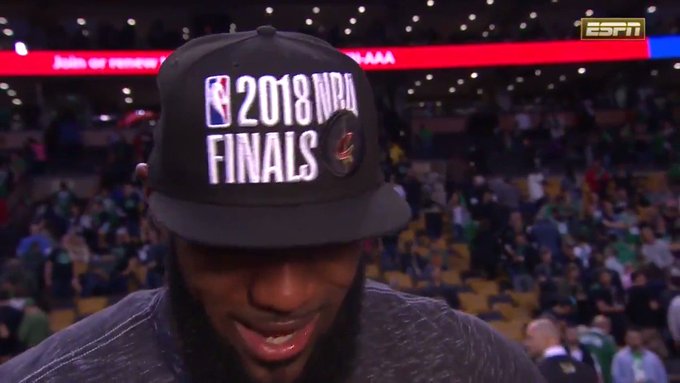 LeBron James is the greatest player of all-time

He’s done it again. LeBron James, the King in the East, played 48 minutes en route to his eighth straight NBA Finals appearance after beating the Boston Celtics in Game 7 at TD Garden on Sunday, 87-79.

Bow down to the greatest player of all-time.

Much has been made of LeBron’s place in history as his legacy has began to galvanize toward the end of his career. The conversation has raged on about LeBron vs. Michael Jordan, or Wilt Chamberlain, or Kareem Abdul-Jabbar. Preference varies greatly between fans, while some still pick the centrist route and say there’s no simple way to compare across eras. There’s been mathematical attempts to rank the two, and even MJ’s old teammates have said LeBron is a more complete player. 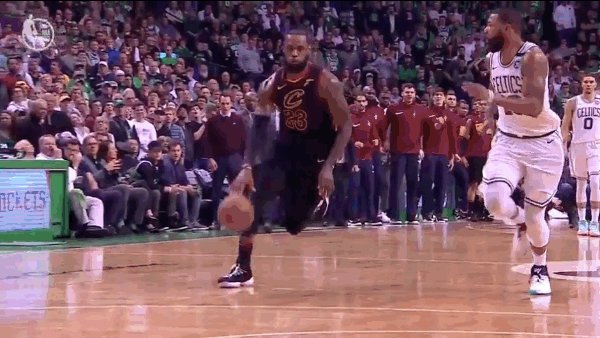 On Sunday, James bounced yet another Eastern Conference Finals opponent, carrying his teammates on his shoulders and playing without All-Star Kevin Love. There was never a doubt for many watching Sunday’s matchup in Massachusetts. Before the final buzzer, LeBron had won 23 straight Eastern Conference playoff series. His determination was absolute, and the cards were always stacked against Boston even given their postseason record at home.

You could sort of just see it coming.

James was the motivating force in the first half for Cleveland, scoring 17 points while no other teammates tallied in double digits. The Cavaliers shot an abysmal 12 percent from beyond the arc, and the Celtics looked like they would be able to control the rest of the game as the crowd at home motivated them forward.

But Cleveland came roaring back in the second half, continuing to put on a defensive show, the kind we would not have expected of them during the regular season. Without Love, the Cavs had to make do with Jeff Green, who turned in a surprising performance. Green scored 19 points, shot 50 percent from the field, and grabbed eight rebounds.

In the face of a strengthening Cavaliers attack, the Celtics seems to retreat. Boston’s final offensive possessions in the fourth quarter were hectic, slow, and unsuccessful. While the Cavaliers tried their hardest during the final eight minutes to get Al Horford switched on to LeBron in isolation sets, the Celtics surprisingly mirrored the same offensive tactics. Instead of playing their regular offense, or running plays to get shooters free, or trying to attack the paint against James (who was in foul trouble) Boston resorted to trying to exploit any mismatches found through Cleveland’s switches.

The result was four field goals inside the 3-point line for LeBron in the fourth quarter, as much as the entire Celtics roster combined.

The play of the game came with 1:04 remaining in the fourth quarter and the Cavaliers leading by nine. LeBron was out on the break, with Marcus Morris trailing behind him. Morris went to foul LeBron, making no obvious attempts on the ball as he grabbed onto the Cavaliers star’s shoulders. Even with all of his might, Morris couldn’t stop James from scoring while drawing the foul. It was indicative of the entire fourth quarter for the Celtics, who scraped, clutched and grabbed as much as they could but did not have an answer for LeBron.

So here we are, with LeBron having won another Game 7 out in the Eastern Conference as he heads to another Finals. He probably won’t match Jordan’s championship mark. But Jordan didn’t match Russell’s. Or Horry’s. Or Havlichek’s, either.

Instead, we have to rely on what we see in front of our eyes combined with their dominance, weighted for context. Sunday night’s performance should help push LeBron over Jordan, if he wasn’t there already. James is a more complete player, which has always been apparent, and now he’s survived every challenge that’s been thrown at him.

LeBron has gone nuclear with 40+ point performances. He was part of the greatest comeback in NBA Finals history against the Golden State Warriors. He beat the Indiana Pacers all by himself, in the playoffs, just this very season. James has had a career season at age 33, playing 48 minutes in the 100th game of the 2017-18 season. LeBron has willed his way to yet another NBA Finals, with perhaps his worst team since the 2007 squad that was swept by the San Antonio Spurs. To add further insult to injury, LeBron pushed this team past a very good team in the Celtics, on the road, and without Love.

James is the greatest American sports story of our generation, and he’s the best player the NBA has ever seen. If you disagree, that’s OK. But after Sunday night, you’d be hard-pressed to convince me otherwise.

LeBron James is the greatest player of all-time