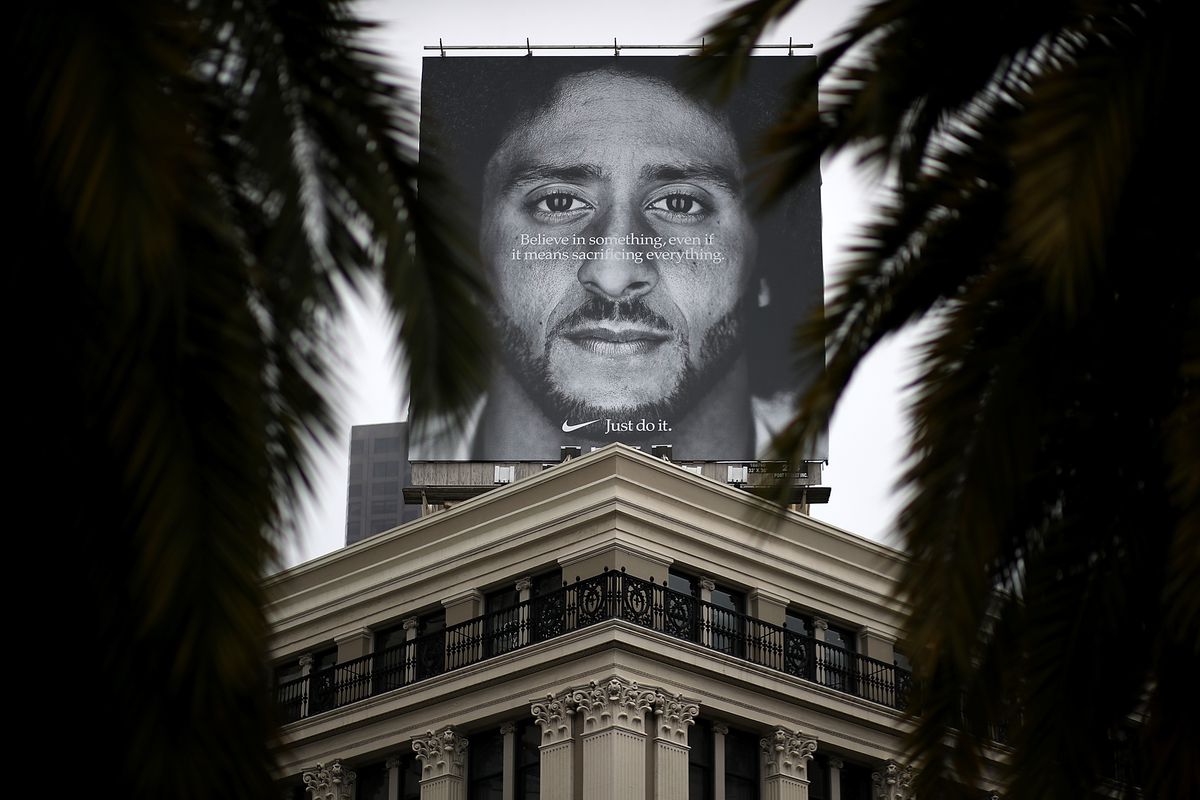 When Nike announced this week that former NFL quarterback Colin Kaepernick would be the face of their new 30th anniversary “Just Do It” campaign, some police groups quickly responded by condemning the decision.

But for at least one police organization, Kaepernick’s role in the Nike campaign is a welcome development. The National Black Police Association released a letter this week defending the athlete and arguing that police officers hold a diverse range of attitudes about the NFL protests that Kaepernick has come to symbolize.

“The NBPA believes that Mr. Kaepernick’s stance is in direct alignment with what law enforcement stands for — the protection of a people, their human rights, their dignity, their safety and their rights as American citizens,” the group wrote in a September 5 letter to Nike Chairman and CEO Mark Parker.

The new Nike campaign, which includes a television ad set to air during the NFL season opener as well as apparel and merchandise, has reignited an ongoing controversy about Kaepernick and the NFL protests he started two years ago.

Police unions have emerged as particularly strong critics of Kaepernick, regularly raising the argument that the kneeling protest is disrespectful to military veterans and law enforcement. Earlier this week, two other police organizations released letters criticizing Nike for its new campaign.

The dueling letters highlight a point that often goes unaddressed: The same racial and political divides that have influenced how people view Kaepernick and the NFL protest are also present in police forces. But those differences are rarely acknowledged by those critical of Kaepernick’s protest.

Two years ago, in the summer of 2016, Kaepernick began the NFL protests, sitting during the national anthem at several preseason games to protest police violence and America’s treatment of people of color. Kaepernick later switched his protest to kneeling, and a number of other players joined his protest during the 2016 season.

Backlash to the protests intensified last September when President Trump called kneeling players “sons of bitches” who should be fired. Trump has repeatedly framed the protests as being about patriotism rather than racial injustice, arguing that kneeling protesters did not respect America or the flag.

Police organizations have also joined in. Most recently, in Florida, a police union called for a boycott of the Miami Dolphins after players on the team protested during the 2018 preseason. Other officers have focused squarely on Kaepernick, regularly pointing to a 2016 photo of the quarterback wearing a pair of socks that showed pigs dressed as police officers.

After Nike’s new campaign announcement, they directed these criticisms at the company. On Tuesday, the National Fraternal Order of Police issued a statement saying that the “law enforcement profession is being insulted,” and added that “the men and women in law enforcement believe in something and are prepared to sacrifice everything.”

Another group, the National Association of Police Organizations, directly called for a boycott, referring to Kaepernick as “a shallow dilettante seeking to gain notoriety by disrespecting the flag for which so many Americans have fought and died.”

But for the National Black Police Association, the criticisms outlined in NAPO’s letter were not a fair reflection of their beliefs about the athlete and his protest. Additionally, the group argued, the strong police response against Kaepernick “only perpetuates the narrative that police are racist, with no regard, acknowledgment, respect, or understanding of the issues and concerns of the African American community.”

This isn’t the first time that law enforcement groups have supported Kaepernick. The Washington Post notes that a group of NYPD officers — some retired, others still working — held a rally supporting Kaepernick last year.

And as a new football season gets underway, more officers are pushing back against the idea that they are all opposed to Kaepernick and the NFL protests.

“As black officers, we often find ourselves riding the wave with other officers, but no one has asked us what our opinion is,” Sonia Y.W. Pruitt, chairperson of the National Black Police Association, told the Washington Post. “On many of these social issues we disagree, but nobody knows that, because the assumption is that if you’re a police officer that you all think the same way.” 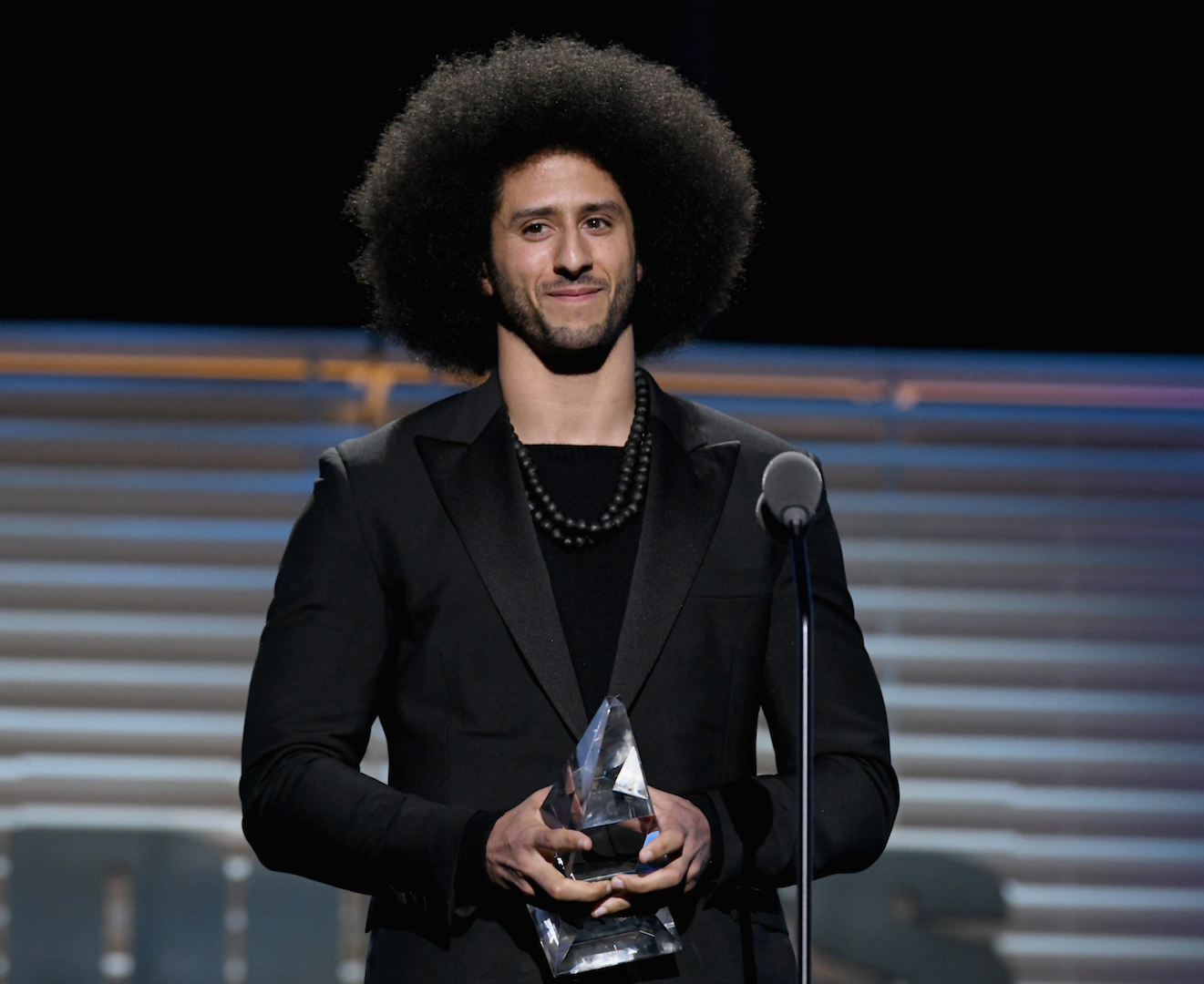