Serena Williams lashed out against the umpire during her U.S. Open tennis final against Naomi Osaka after he accused Williams and her coach of illegally communicating during the match on Saturday. Williams ultimately lost the Grand Slam tournament to Osaka.

During the match, umpire Carlos Ramos issued several violations against Williams. In the first violation, Ramos accused Williams of receiving coaching from her coach, Patrick Mouratoglou, who was in the stands. Mouratoglou had apparently motioned for Williams to go to the net more often.

After Ramos issued the first coaching violation, Williams approached the umpire chair and calmly defended herself.

When she received a point reduction for breaking her racket, she confronted Ramos again.

“There’s a lot of men out here that have said a lot of things and because they’re a man, that doesn’t happen to them,” she told the officials.

Following Osaka’s victory, Williams asked those in the crowd to stop booing and instead celebrate Osaka’s first Grand Slam win.

Mouratoglou, for his part, said he was attempting to coach Williams but that he doubted the athlete was paying attention to him.

“If I’m honest I was coaching, [but] I don’t think she looked at me,” Mouratoglou said following the game.

In a tearful response to her victory, Osaka said she wished the circumstances of her win had been different.

“I know that everyone was cheering for her, and I’m sorry it had to end like this,” she said. 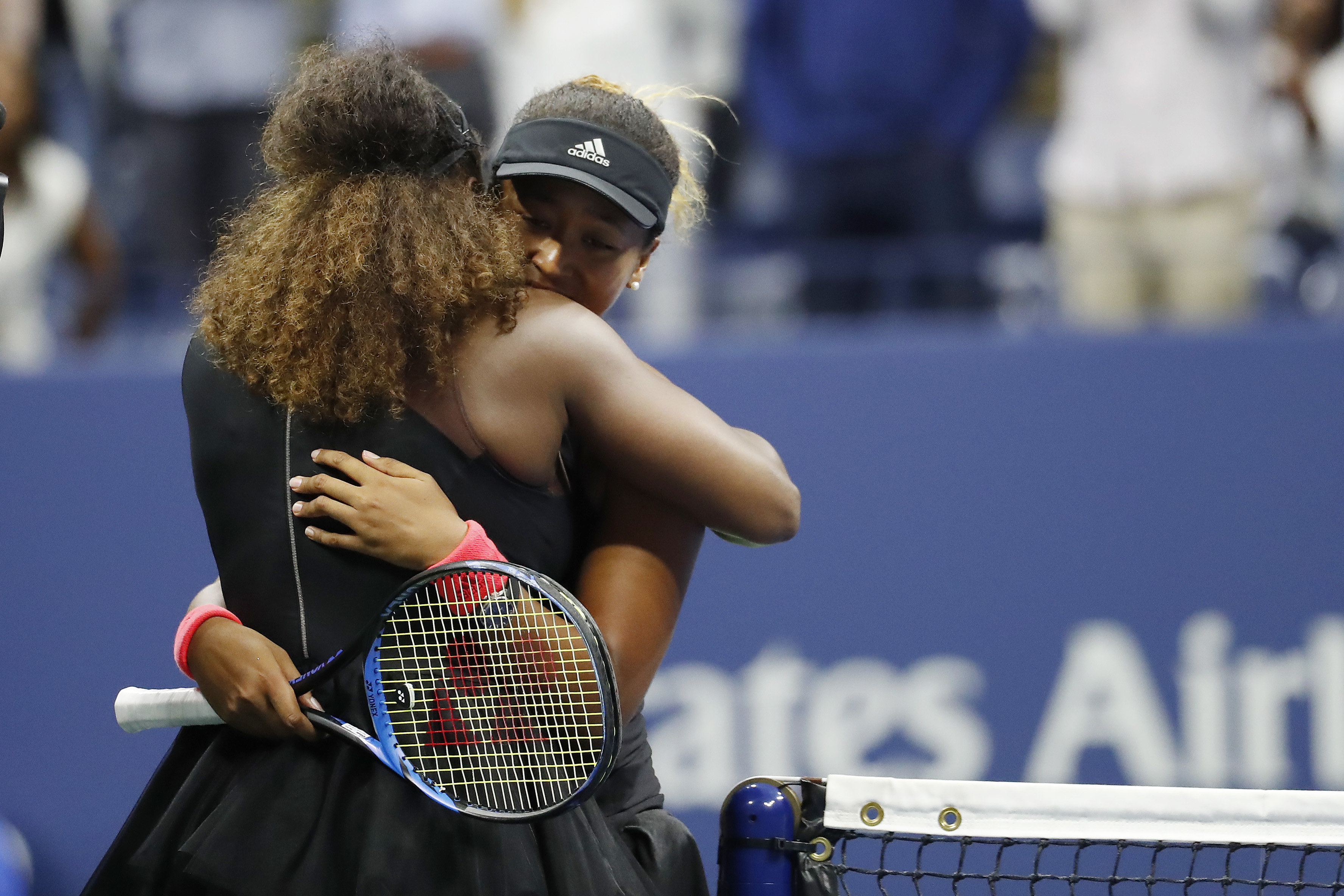 Naomi Osaka of Japan (R) hugs Serena Williams after their match in the women’s final on Day 13 of the 2018 U.S. Open tennis tournament in Queens, New York, Sept. 8.

"I don't cheat to win. I'd rather lose." — Serena Williams just now to the chair umpire #USOpen18 pic.twitter.com/TCbGcpVmeq